This week I witnessed my Love Bug being bullied. And it broke my heart. 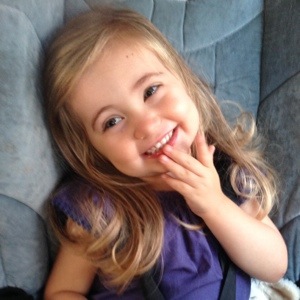 A little boy took her hat from her head and threw it on the ground. When she reached for it, he snatched it from her then took it to another part of the playground and threw it into a pipe and threw some leaves and dirt in for good measure.

I had just arrived as this was happening and could see through the fence and the trees, although neither of them could see me. I felt like I was walking in slow motion when all I wanted to do was leap over the fence and trees and swoop her up in my arms.

By the time I got to them, he was standing in front of the pipe arms crossed and shaking his head at her and she had huge fat tears streaming silently down her face asking for her hat back. I got to them at the same time as another responsible adult so she was able to speak to him. Despite the two adults in front of him, I was the one who eventually reached for the hat.

Love Bug was now sobbing so I scooped her into my arms and it was all I could do to not cry myself, or to yell at him don’t bully my Bubba.

Why is there always someone who thinks they can pick on someone else because they’re smaller? Where do they learn that behaviour at such a young age?

If only I could protect her from the meanies in the world.