If you had told me the little girl I picked up from kindy on Christmas eve would change so much in a little less than two weeks, I would not have believed a word of it.

The one who used to draw mostly scribbles {or rainbows} who today drew a picture of herself as a bubba with her mumma. One that is instantly recognisable as two people with facial features, arms legs, hair {mumma at least, I’m sporting a lovely Elsa plait, of course} hands and feet. 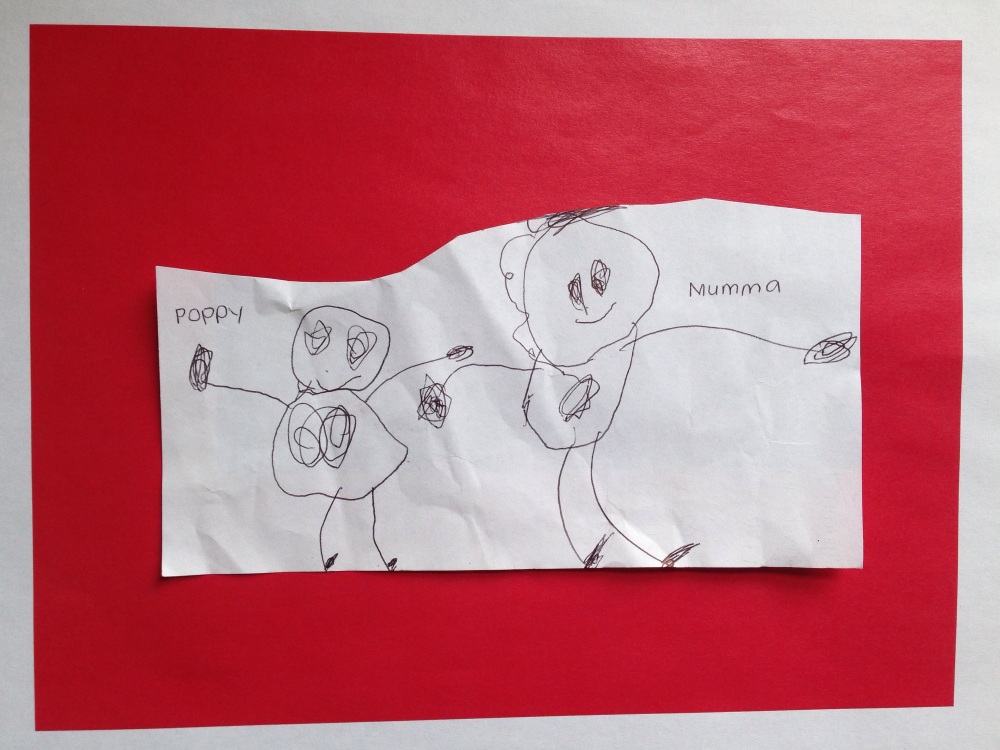 The painfully shy one who would not speak to anyone who today as we waited at our vet with Beary waltzed up to another person waiting to engage him in a conversation about his cat. Then later in the day told a lady she liked her green hair and not many people have green hair.

The one who 5 days ago relied on nappies but has – with the exception of one accident – only had a nappy for night-time sleeps ever since.

I’m so proud of my gorgeous girl and I can tell by the beaming smiles she gives me at each step that she is proud of herself too.

I know I’ve said this before, but where is the pause button? So many changes, so little time. She’ll be driving by February at this rate!