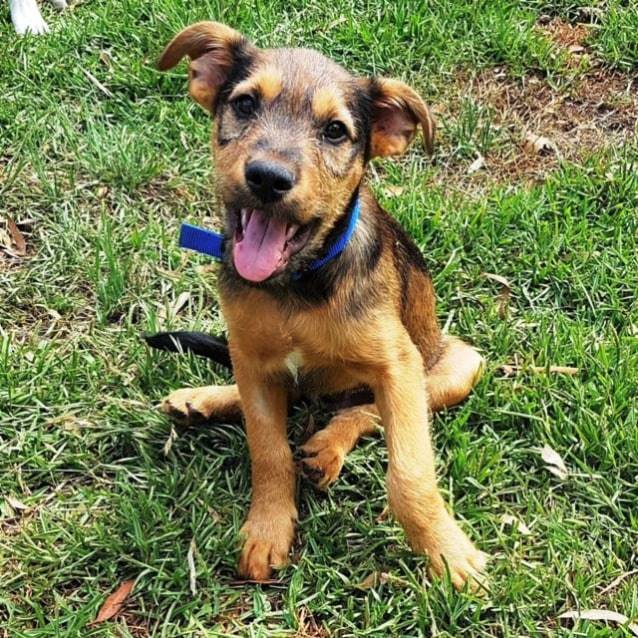 I thought it was about time I introduced myself to you. My name is Harry. Look closely at the colouring around my eyes and you’ll get a pretty good idea of where the name came from. It’s kind of confusing though when my family say you’re a wizard, Harry’- I totally thought I was a dog? Humans are a crazy lot!

I am 21 weeks old {although I was just a little tacker in the photo above!} and I am the puppy that MJ, Love Bug and Beary have totally fallen in love with. Okay, so maybe that’s a little too strong in relation to Beary – but he lets met get all up in his grill now without growling at me. And sometimes he even totally wants to play with me, only to feign indifference if someone notices his playfulness.

I am one of 11 {right? my poor mumma!} who were surrendered to rescue. There is much discussion about what breed we might be. Mumma says handsome mutt suits me well, but she really thinks I’m some kind of shepherd wolfhound hybrid. Time {and a DNA test} will tell.

So why has it taken her so long to let me introduce myself? I have some theories, but I’ll keep them under my paws for now. I did something a bit silly last Friday night and the outcome of that silliness cemented her love for me. She says it’s not that she didn’t love me before – apparently it was love at first sight {nawwww} – rather how she felt all weekend while I was under constant vet care. The squidgy feeling she got in her tummy and leaking eyes when she was finally allowed to pick me up {literally!} on Sunday only happen with something called mumma love. Or so she says. Anyway, the long and short of it is that if you’re a pupper reading this: do not eat thumbtacks. They really are not treats at all. And if you do, I hope your mumma is as wonderful as mine.

I have two speeds: full puppy pelt and relaxo rancho. I am house trained and crate trained but I still want to inhale my food the second I hear mumma’s brain think about getting me dinner {oh yeah, I’m psychic too}. Mumma says that she’s not going to starve me and to trust her when she says Beary isn’t going to steal my food. It’s hard to kick the habit though when you started life vying for prime meal-time position with 10 other little critters. She says I’ll get there. And that I’ll learn something else called ‘kitchen manners’. 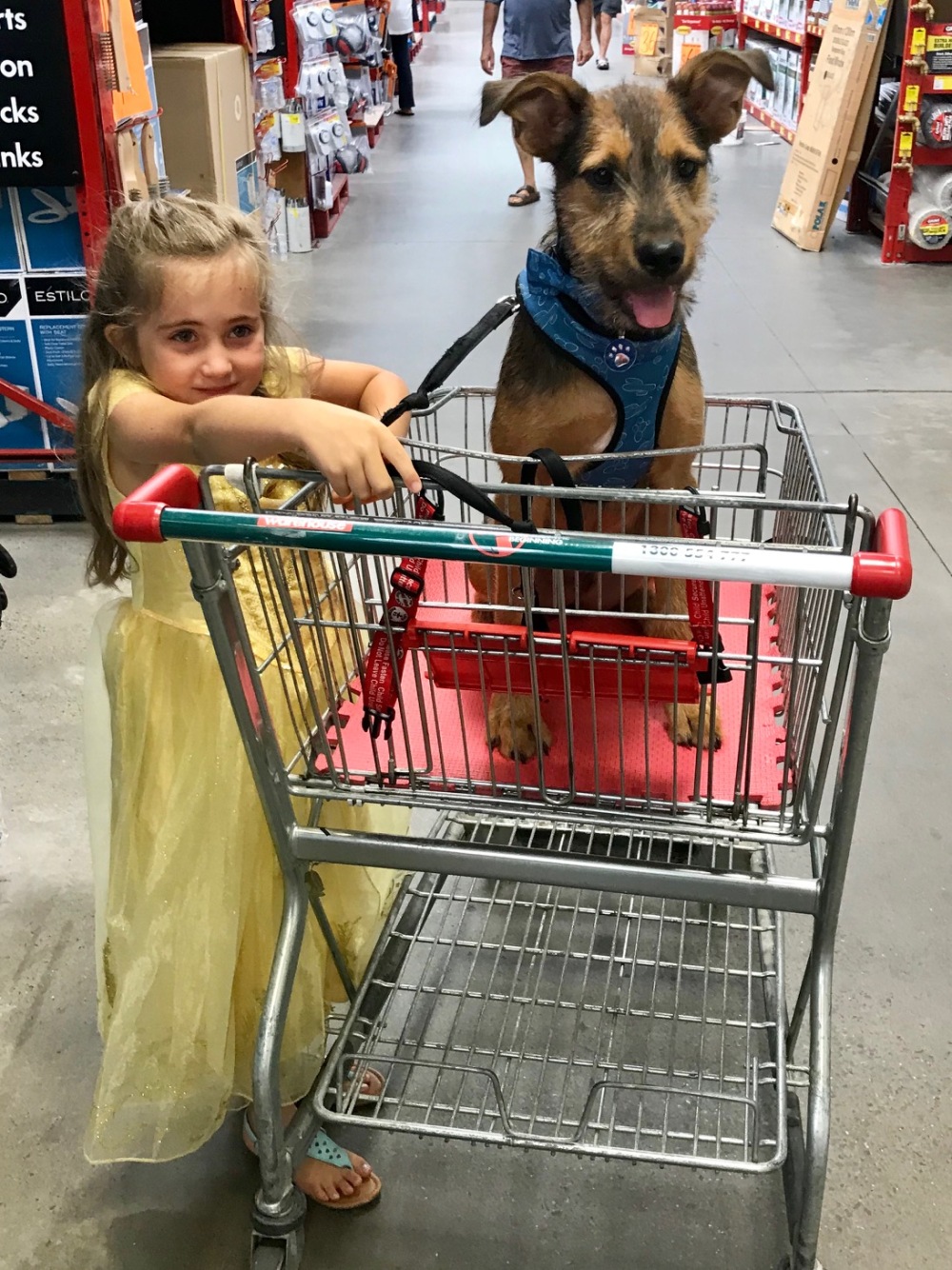 I walk pretty well on the lead although I do love to say hi to cats. What’s with the hissing through? I’m just saying hi! I can sit and drop but stay is a work in progress. There are just so many amazing smells that need to be investigated. I can do nose {nose to mumma’s paw} and kiss {my FAVOURITE} but just give a look of utter confusion when asked to shake. I shake my butt, but apparently that’s not what shake is all about.

Speaking of my butt, I do this really cute thing when mumma calls my name. My butt wiggles twice to one side, like I’m kind of warming up my tail, then my tail does zoomie circles. It’s wild enough to cause someone some damage. 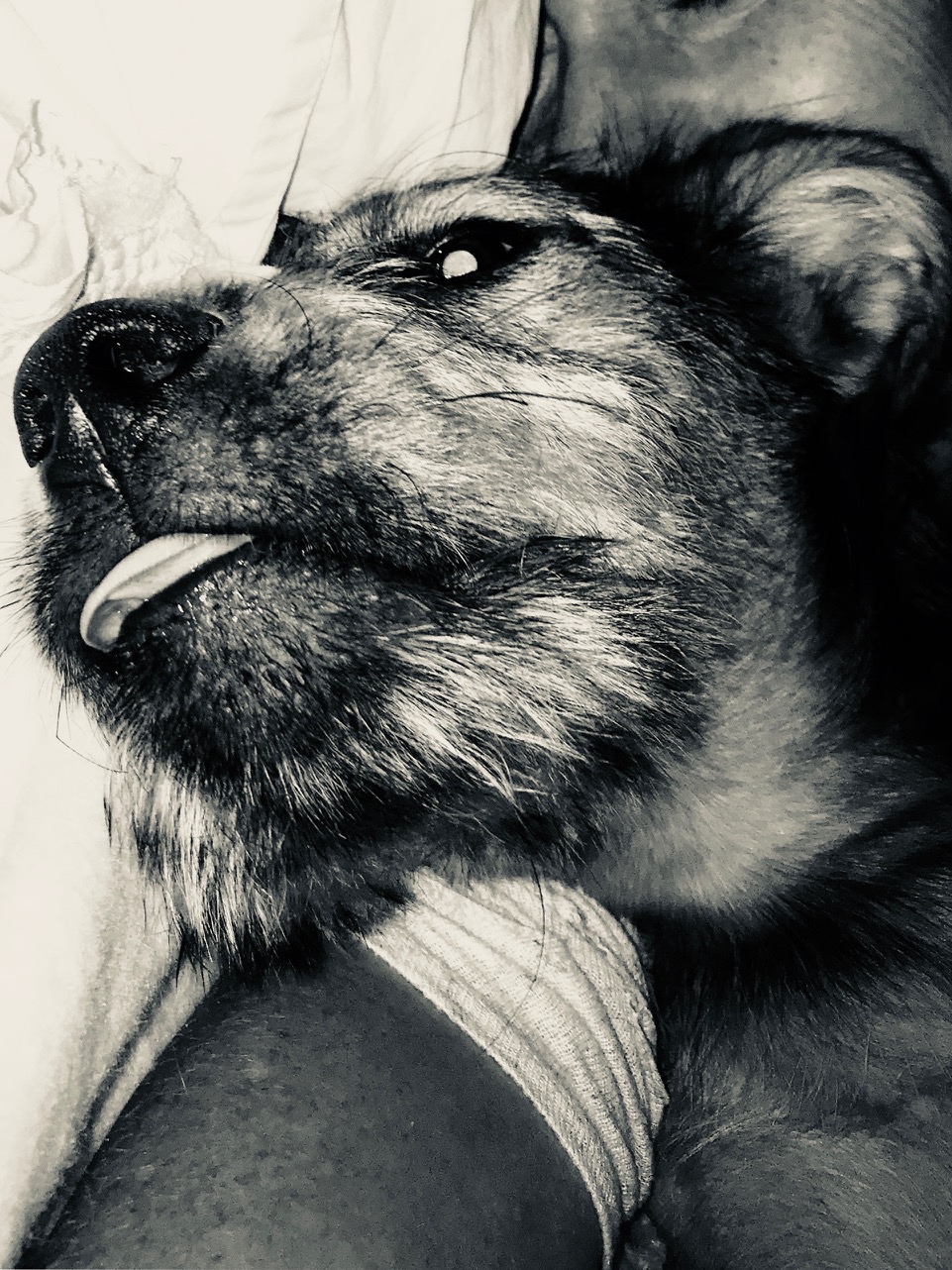 Love Bug thinks I’m the cutest little puppy in the world. She says one day I might be handsome like my fuzzy brother Beary but for now I’m okay with the Cutest title. I arrived as a surprise for her on Boxing Day. We had met a few days earlier but Love Bug thought that mumma was just introducing Beary to another kind of dog to see how he liked me. He wasn’t fussed which was a huge improvement on other meet and greets.

I was a little scrap at 11.2kgs when I arrived in my new home. In 6 weeks I’ve put on 4kgs. I’m all legs so mumma thinks I’ll be tall. She says she doesn’t mind what I end up being, that I’m perfect the way I am.  If you want your social media feed bombarded with fluff bum cuteness, you can follow my Insta page @harrythehandsomemutt.

So there we are. Or rather, here I am. In my forever home. Loved up. And loving it. It’s nice to meet you all.